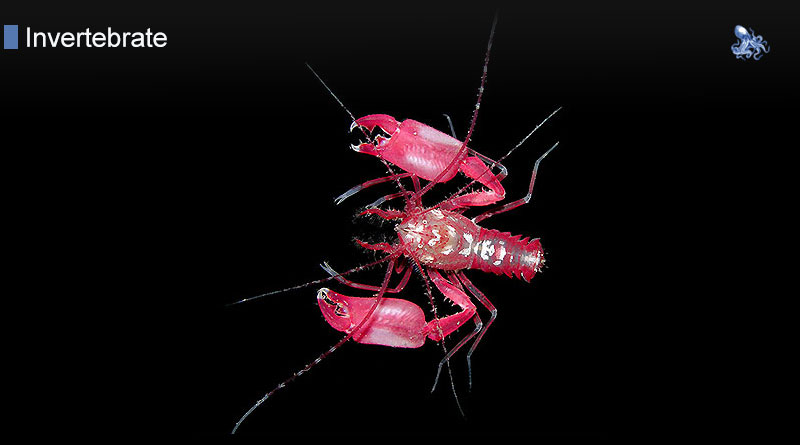 Microprosthema Semilaeve, also known as the Lima shrimp or the lima boxer shrimp, is a very tiny decapod crustacean with large frontal claws and a bright red carapace hue. The Lima shrimp is not as well known or popular as its cousins the harlequin shrimp or sexy shrimp, but is very well adapted to its life among the flame scallops of warm tropical waters. Its bright red hue lets it blend in perfectly with the flame scallops with which it shares a symbiotic relationship. The Lima boxer shrimp hides within the scallops and cleans them while benefiting from the offered camouflage.

This tiny shrimp lives in the tropical waters of the Gulf of Mexico and the Carribean where the flame scallops that make its home can thrive. They can also be found in coral rubble or highly textured rock formations at a maximum depth of 10m. The most northerly specimens of this particular shrimp have been found in the waters surrounding the island of Bermuda. It never ventures very far from the flame scallops with which it lives, but can occasionally be found in other areas as well.

The first and most noticeable feature of this shrimp is the bright red coloring that sets it apart from most others. This is designed to let it easily hide within the red scallops and evade predators. The second most noticeable feature consists of the very large claws that can, in some specimens, take up half of its body mass. Different specimens carry a widely varying number of spines that help to differentiate individuals. They have highly developed eyes for creatures of their size; this follows the trend of brightly colored shrimp having sophisticated mechanisms for eyesight.

It is common for male Lima shrimp to have a sharper abdominal section than their female counterparts, as well as a distinctive central spine that females lack. Females can also grow larger than males, and frequently do, although only by a factor of a few extra centimeters in total length. These shrimp are not hermaphroditic, and spend their entire life cycle within the gender that they were born with. Females can carry hundreds of eggs at a time, and frequently give birth to large colonies that are then whittled down to a few of the strongest and luckiest individuals by other factors.