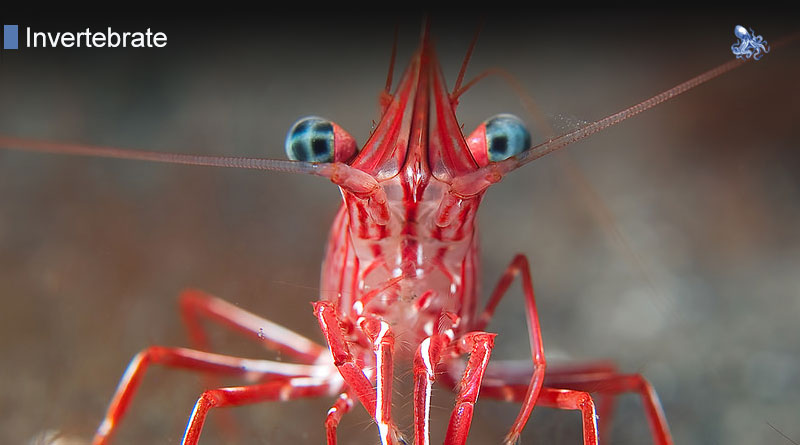 Lysmata Wurdemanni, also commonly known as the peppermint shrimp, is an anemone-eating shrimp identifiable by the bright red stripes covering its otherwise translucent shell. This coloring pattern is unique for the species and earns it the common namesake “peppermint”, after the popular striped candy of the same name. This particular species of shrimp is readily found in great abundance all across the Atlantic seaboard of the United States, from the Gulf of Mexico up to Long Island, New York, where it lives in the reef cleaning parasites off of affected fish, sponges, and other creatures.

The life cycle of the peppermint shrimp is unique, largely due to their means of reproduction. A male peppermint shrimp will undergo four molts, removing his exoskeleton to allow further growth, and then begin to switch his sex, increasingly becoming female with each successive molt. This hermaphroditic process is not unique in the animal kingdom, but the way that this and other reef shrimp experience the change is, since they undergo an initial transformative phase in which they are truly both male and female at the same time and then become fully female later on.

The male variety of this particular shrimp is constantly on the lookout for mating opportunities throughout his life. The male features olfactory organs called aesthetascs that are designed to smell the sex pheromones of females. Females release these pheromones only several hours prior to molting, and if a nearby male senses them, he will approach her in the hopes of finding a suitable mate. The aesthetasc organs are initially used to contact the female and make sure that she is suitable for courtship and copulation, which then occurs immediately thereafter in a process that is very brief in duration.

The Peppermint Shrimp is commonly found on hard, rocky bottoms of shallow water. They are rarely found in depths greater than 25 meters and like to gather in large numbers around inlets, jetties and other hard, textured areas. It is not uncommon to see them conglomerating on docks, buoys, and other man-made materials extending from a reef side port, where they will eagerly clean all of the parasites and debris that may have gathered in the area. Once they find a suitable location such as this, they will frequently stay in the area for as long as a food supply remains accessible.