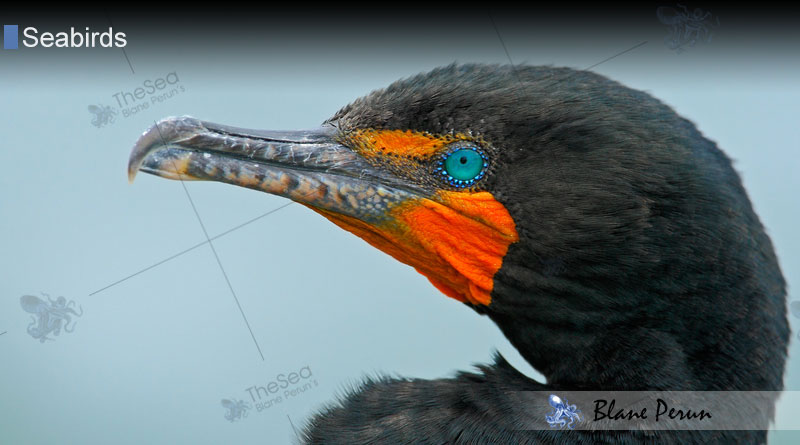 “Sea bird” is the common name used for the wide variety of marine bird species that have adapted to the conditions provided by the seas and oceans on Earth. Some sea bird species are pelagic – that is, they prefer the open sea – while others live on coastlines. They vary largely in terms of size, shape, coloring, feeding, breeding and migration habits, but they also have numerous features in common that have developed as the result of having to adapt to similar circumstances.

Sea birds have sunglasses, which means that their retinas contain droplets of special red-colored oil to act as filters for the bird’s eyes. These “filters”, or “sunglasses”, make it easier to discern colors and also fulfill the function of sharpening their eyesight.
This feature of sea birds has developed because they all – well, with only very few exceptions – get their food exclusively from saltwater environments. These saltwater environments have determined the development of a number of other adaptations that link sea birds together, but set them apart from the birds that live in fresh water habitats:

They all have salt glands to make it possible for them to decompose the salt water they ingest with their food;
Most of them have completely waterproof feathers, the only exceptions being cormorants and some tern species;
The majority of sea birds are dark colored to help them avoid predators;

The feeding methods adopted by sea birds are as diverse as the habitats they live in, and they do not differ significantly from the feeding techniques used by birds in fresh water environments. However, all sea birds share some “lifestyle” features that make them differ from fresh water species. They are all long-lived birds, they become sexually mature at later stages in life than fresh water birds, and they all take care of their young for longer – many of them for as long as six months. The extended care period also results in less frequent breeding – most sea species lay eggs only once a year or once every two years.

More than 90 percent of all sea birds live in colonies. These colonies can consist of only a few birds, but extremely large colonies that include more than one million birds have also been recorded. Many migrating sea birds return to the same nesting place year after year.

Most sea bird species leave their nests and migrate once their breeding season is over. Many of them travel across the globe in search of nutrient-rich territories, but not all of them take long trips – some of them travel only a few hundred miles, because they do not need to cover large distances to find suitably productive areas with plenty of food. Sea birds live everywhere where there is salt water nearby. They are distributed from one pole to the other and they are extremely diverse and varied, while at the same time sharing numerous features, too.