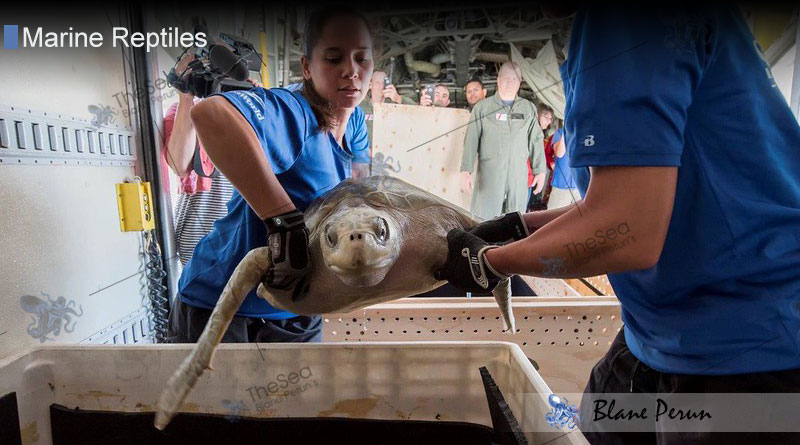 Unfortunately sea turtle rescue is necessary because of human beings. Humans are responsible for the destruction of their habitat through polluting the oceans and destruction of their nesting beaches with development along the coastlines. These magnificent creatures have managed to survive over 100 million years and yet human actions have caused a dangerous decline in the numbers of all types of marine turtles. Now it is up to humans to reverse this damage and be proactive in sea turtle rescue.

Many environmentally conscious individuals have taken action and created a sea turtle rescue center. Centers can be found not only within the United States but in other countries, such as Mexico and Costa Rica as well. Returning the sea turtles to their once abundant numbers will require intervention on a world-wide level. A sea turtle rescue center is located in Athens, Greece and even Israel.

Sea turtle rescue in South Padre, Texas began in 1977 when Ila Loetscher created Sea Turtle, Inc. (S.T.I.) to protect the endangered Kemp’s ridley sea turtle. Located in South Padre, Texas, the mission today is to rescue, rehabilitate and then return the sea turtles back into their natural habitat. S.T.I. also focuses on educating the public of the importance of preserving not only the Kemp’s ridley turtle but all species of Marine turtles. To experience sea turtle rescue in South Padre you may actually visit S.T.I. , as it is open to the public.

Sea turtle rescue north Carolina came about due to the nesting of loggerhead turtles along the N.C. Coastline. Many injured and desperately ill sea turtles were often discovered and nothing could be done to help them. The loggerhead now has only 2 beaches in the world with greater than 10,000 females nesting per year; Masirah Island and South Florida. Nesting within the beaches of North Carolina has declined -making sea turtle rescue North Carolina a necessity.

In 1997, Jean Beasley opened The Karen Beasley sea turtle rescue center in honor of her daughter, Karen, who was dedicated to marine turtle rescue. The center is located in Topsail Beach, N.C. And since its opening has cared for and successfully returned nearly 200 sea turtles back into the environment . Not only loggerheads are aided at the center, Kemp’s ridleys as well as green turtles have also received care here. Karen Beasley sea turtle rescue center staff not only provides medical care to sick and injured turtles, they also monitor the 26 miles of loggerhead nesting area to monitor the site and protect the hatchlings.

Sea turtle rescue Costa Rica offers individuals worldwide the opportunity to volunteer at one of its sea turtle conservation sites. Individuals patrol the nesting beaches at night and aid in care and cleaning of the rehabilitation areas. There are centers located in Talamanca, Limon,Drake Bay and many others.
There is also the Douglas Robinson Marine Turtle Research Center in Ostional, Costa Rica.
Many species of marine turtles are rehabilitated through the great efforts via sea turtle rescue Costa Rica.