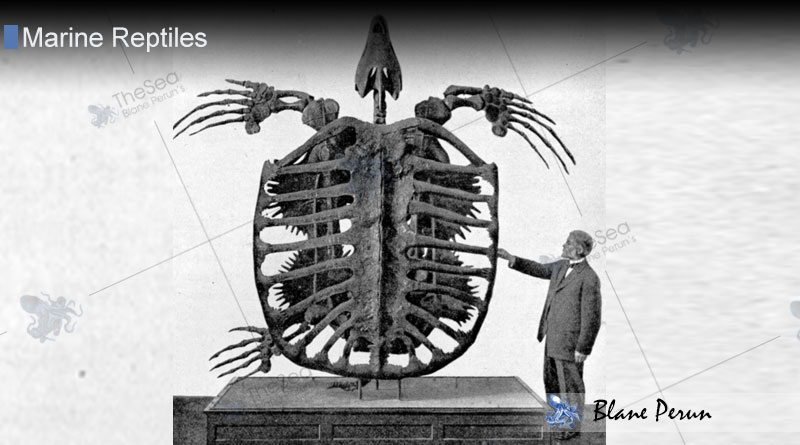 The study of marine wildlife is not only able to shed light on the feeding and proliferation habits of the different species dwelling the seas and oceans, but it is also aimed at mapping their evolutionary history. While some aquatic species have emerged as the result of evolution from species that are no longer recognizable in their appearance and lifestyle, others, such as turtles, have hardly changed during the hundreds of millions of years they have been around.

According to scientists who have studied the fossil records from different places on Earth (not necessarily coming from places that are covered by water today, as most of what is land today used to be sea millions of years ago), sea turtles have been around for at least 250 million years. They probably emerged during the late Jurassic period, which makes them the contemporaries of dinosaurs, large flying reptiles, as well as the first birds and the ancestors of today’s mammals.

Sea turtles are believed to have evolved from land turtles. They probably developed their aquatic lifestyle to be able to feed – when food became scarce in their habitat on land, they had to turn towards what the sea offered to be able to survive. For a long period, probably for millions of years, turtles were able to live on land just as much as in the water, but by the beginning of the Cretaceous Period, the geologic period following the Jurassic, they had already developed flippers and lived predominantly in the water. The switch to aquatic life took place relatively quickly, which led scientists to believe that it was an age of quick and significant transformations in the living conditions and circumstances on Earth, a period that only the most adaptable species could survive.

The ancestors of today’s sea turtles looked very similar to the turtles we can see in our oceans, with a few important differences, though. Ancient sea turtles were much larger than today’s sea turtles. There are fossils that indicate a body length of about 13 feet, which makes them almost twice the size of today’s turtles, and they probably had longer necks. There is another very important evolutionary development that distinguishes ancient turtles from today’s turtles and that is the existence of the shell. Some scientists believe that the appearance of the full shell that covers both the belly as well as the back was necessary to offer enhanced protection against predators in the aquatic environment. In the water, while swimming and hunting, there is no way for the turtles to escape complete exposure, the shell being the only shelter they can get.

The oldest sea turtle remains found so far are about 145 million years old. The fossil was found in Colombia, in Villa de Leyva, in 2007, but sea turtles were probably widespread all over the planet, for turtle fossils have been found in many places, including Germany, China, India, North Africa and North America.