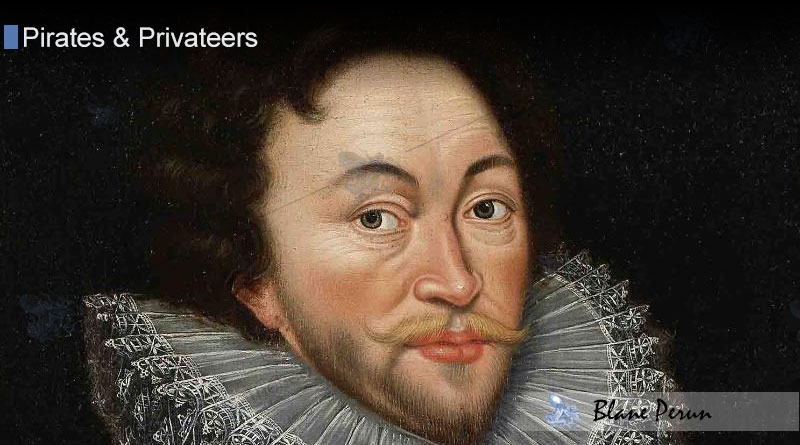 Known as a hero to the English and El Draque (The Dragon) to the Spanish against whom he fought, 16th century Vice Admiral Sir Francis Drake is one of the most illustrious characters in maritime history. He is known for being the second man to circumnavigate the entire world, as well one of the richest pirates in history, attaining wealth that would, in today’s money, easily surpass $126 million dollars in worth. Queen Elizabeth also knighted him for his services to the crown, an honor that very few privateers ever managed to entertain.

Having traveled to the Americas in the 1560’s, Drake was a part of a number of voyages in the area that were disrupted by the Spanish inhabiting the area and vowed revenge against the Spanish after having escaped capture. In 1572, he commanded his own ship for his first independent mission: a direct attack of the Spanish Main with the objective of stealing Peruvian gold and silver for the crown. This endeavor was a success, and Drake stayed in the area raiding Spanish shipping for the better part of the ensuing year.

After news of his success reached Elizabeth I of England, Drake was sent to disrupt the Spanish along South America’s Pacific coast. He captured several ships on the way and raided a great number of Spanish towns and cities, moving from the southern tip of Argentina all the way up into Mexico, California, and Oregon. He lost many crewmembers and all but his own flagship on the way, and then spent three months crossing the Pacific Ocean before reaching the Moluku Islands. He crossed the Indian Ocean, rounded the Cape of Good Hope and returned to Plymouth with 59 of his crew and treasure surpassing the entire yearly income of the English crown in value.

For his services to the crown, he was awarded knighthood by Queen Elizabeth I and again sent into action against the Spanish. When the Spanish responded by attempting to invade England in 1588, Sir Francis Drake was the vice admiral in charge of defending the country from attack. His campaign against the Spanish Armada was a resounding success and cemented his place as a legendary sea captain. His final campaigns were less successful, however, and at the age of 55 he succumbed to dysentery and was buried at sea near Portobelo, Panama.