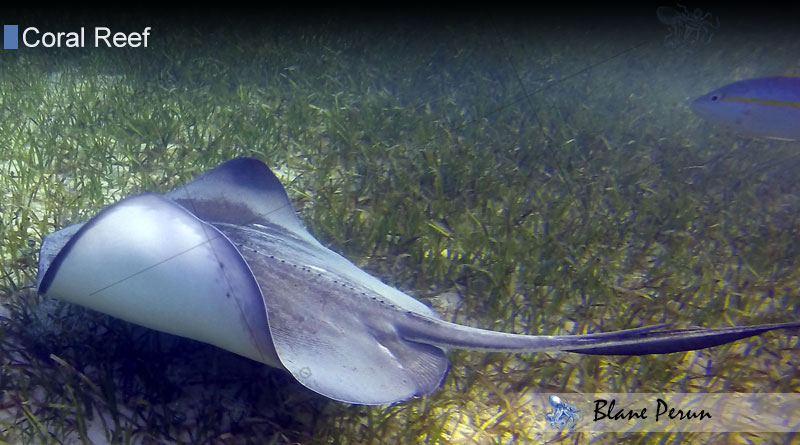 When looking at what animals and plants live in coral reefs, we find a plethora of different species, ranging from the most common seaweed to the rarest fish and decapods inhabiting the pristine waters of Indonesia and the Red Sea. The plant and animal life of the underwater world is very different from that of the surface, most species here having evolved to deal with specific conditions, such as the specific temperatures, chemicals and organic compounds that are constantly brought back and forth by ocean currents.

As we consider the question of what animals and plants live in coral reefs, it becomes essential to evaluate the different types of plants found in coral reefs as well as their roles. Seagrasses and algae were previously considered the two main types of plants populating corals, but modern scientists have actually ruled out algae as plants, despite having photosynthetic properties. The main types of plants are therefore mangroves, seagrasses and seaweeds. Together with algae, these plants play the role of supplying energy to undersea animals through photosynthesis, and some of them also offer shelter. Seagrass meadows are found near coral reefs and lagoons, also ensuring that local animals and visitors have safe breeding grounds.

When thinking of what animals and plants live in coral reefs, it’s important to realize that, despite taking up less than ½ of 1% of the Earth oceans’ surface, coral reefs house more than ¼ of the world’s marine life. The animals that actually reside in coral reef habitats are soft and hard corals, sponges, sea urchins, sea worms, snails and a variety of different species of octopus, lobster and crab. Fish are found in great abundance in coral reef areas. Reef fish were categorized based on body shape and coloration, as well as whether they are carnivores, omnivores or herbivores. Trigger fish, yellow tang and damselfish are just a few examples of schooling reef fish that can be found in most areas of the world. Aside from reef fish, coral reefs also attract manta rays, sharks, tuna and a host of other predators that only tend to visit coral reef areas without claiming permanent residency.

There are many coral reef systems worldwide that boast an impressive level of biodiversity. In the Philippines alone, scientists have identified more than 400 species of coral and nearly 1,000 species of reef fish. Guam features a total of 3,500 species of plants and animals, while Hawaiian corals offer sanctuary to animals that aren’t found anywhere else in the world, including the rare saddle wrasse and monk seal. Of course, coral biodiversity is still not fully mapped, scientists continuing to discover new species that dwell here.

What Do Coral Reefs Eat

December 7, 2017 Comments Off on What Do Coral Reefs Eat

Since coral reefs take their energy from several places, the question arises: what do coral reefs eat, and how does

What Do Coral Reefs Do

December 7, 2017 Comments Off on What Do Coral Reefs Do

What Are Coral Reefs Made Of

December 7, 2017 Comments Off on What Are Coral Reefs Made Of

What Animals And Plants Live In Coral Reefs

December 7, 2017 Comments Off on What Animals And Plants Live In Coral Reefs