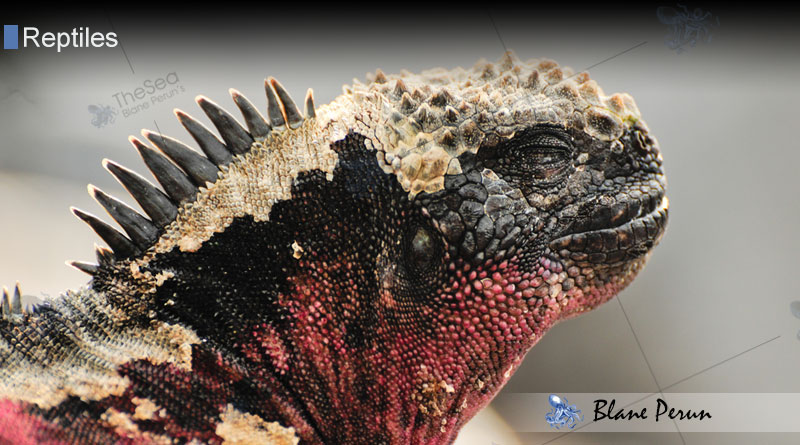 The marine iguana is a reptile species that resides solely in the relatively sheltered ecosystem of Ecuador’s Galapagos Islands. This, in and of itself, is one of the reasons why marine iguanas have become endangered in the first place, their relatively isolated existence being threatened by natural catastrophes and disease. However, the recent advent of human development in the region has brought what can be considered the most significant threat to these creatures. Pathogens and pets brought by humans have upset the delicate balance of the Galapagos ecosystem, and has resulted in heightening the risk of more marine iguanas being exposed to disease and predators.

The Galapagos marine iguana is completely protected under Ecuador’s national legislation, listed as a species that is nearly threatened with extinction. The IUCN Red List comprising the status of endangered and threatened species from throughout the world lists the iguana as being “nearly threatened” and having subpopulations that can be considered endangered. Although the total number of individual marine iguanas currently in existence is estimated at about 300,000, the actual population size is widely unknown. Most subpopulations were not fully surveyed, but scientists estimate that Marchena Island might have fewer than 5,000 iguanas, while Rabida Island has as few as 1,000-2,000 individual members of the species.

Probably the main threats that marine iguanas have to deal with these days have to do with the growing number of people residing and visiting the islands in recent years. Tourism has brought many visitors to the islands, and people have also introduced new species such as cats, dogs, pigs and rats, which all tend to affect the islands’ precarious ecologic balance. Some newly brought predators are known to eat iguana eggs, and the evolution of the reptiles has not prepared them to deal with these new risks. Moreover, humans and their pets have brought new diseases to the islands, increasing the risk that the iguanas might contract some form of infection.